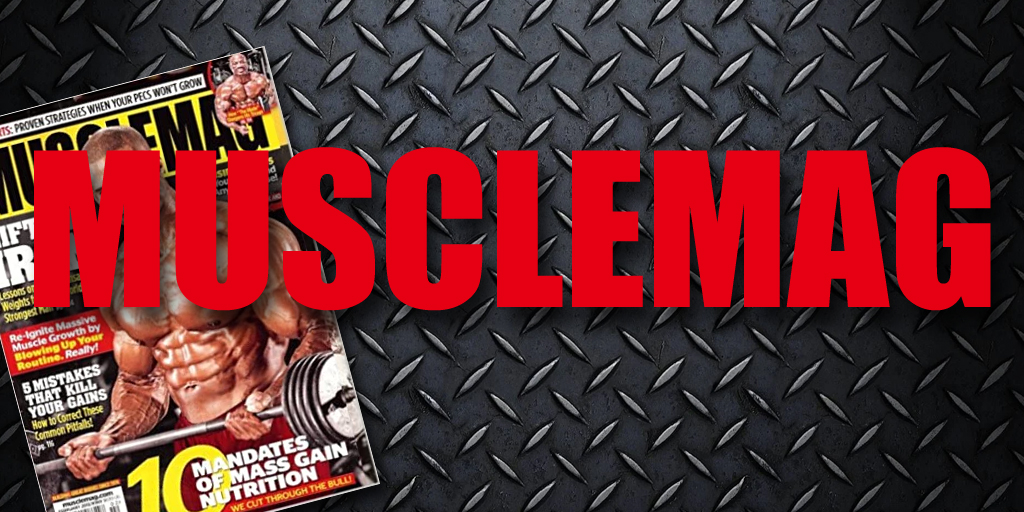 Look how far we have progressed as a species. Gyms banning deadlifts as it’s too dangerous of an exercise. The devolution of the species has not only begun but is already here. How can bending down, lifting with your legs, whilst maintaining an upright posture with core engaged,  enabling us to pick something heavy off the floor, be considered too risky? Yet it is banned in certain gyms across the US and now in Australia. I know, how could such a wreck less exercise ever relate to day to day activity? When would you ever have to bend down and lift things with your legs?

Has the world gone mad? It depends on what you consider functional training. For years the exercise industry encouraged a combination of free weight and machine exercises. Then Arthur Jones believed he could create a machine that would surpass the free weight movement in its effectiveness at engaging the target muscles. However this could be argued that it is only relevant to people who are looking to activate a muscle group for hypertrophy (muscle growth).  For the average gym goer, they are looking to gain functional strength, and lose excess body fat. They are not necessarily trying to isolate a muscle, and build it to an unusually large and disproportionate size to the rest of their body. Though you could be mistaken for thinking that when you see most guys in the gym with no legs.

I have been working in gyms for many years now, and one of the things I always found amusing, if not bewildering was the exercise selections given to beginners. I understand the logic behind the exercises a beginner performs for his/her first program card. But it also a strange situation we find ourselves in. A new member, with no gym experience, and little to no sporting ability, is given a seated vertical machine chest press. Why? Because dumbbell press is very hard to do. It requires a lot of coordination and the risk of injury is high, with the dumbbells potentially traveling in any direction. Yet when you look at it, the machine chest press is just that, a machine. With cams, pulley’s, wires, adjustable seat heights, handle choices, and a weight stack that moves beside you. This is the “easy” of the two. Whereas lying on a bench with a heavy thing in each hand and lifting it is considered advanced. How is this progress of the human species? We need machines to teach us how to use our bodies safely.  When you were young did you mum progress you from the see saw to the swings, to eventually the monkey bars? No they said “go nuts, have fun. And don’t eat dirt”.

We have lost the ability to use our own bodies the way we were designed to. Look at the leg press. How relevant is that to the real world? So many people boast about how much they leg press. For those that can do more than a 2 inch rep range of motion, with the seat real up right and the leg press fully loaded with every 20kg plate in the gym, their talent will one day come in extremely handy. Who knows when they’ll need to help their friend change tyres by lying under the car and pushing it up with their feet. Until that day, the leg press will never replace the squat in its effectiveness at engaging the muscle of the lower limbs. Then we have the functional range of motion for a squat. Many people have a fear of squatting deep. “It’s too dangerous to squat to parallel” says the guy with no vastus medialis. Think about all the old people who struggle to get up from the sofa. They use the lazy boy’s remote control to help them up. Getting up out of an armchair is the same as coming up from the bottom of deep squat. So would squats be a better, practical and functional choice over leg press? Of course. But again squats are very dangerous for beginners. Better put them in the smith machine with their feet way out in front, and their heels on a block. How is this functional either? The problem with most exercises and machines is we are trying to work around inflexible muscles and work with bodies that have gross muscle imbalances.

There is a progression for every exercise, and an end result we need to achieve. We progress by increasing 2 factors. First there is load. We become stronger, so we perform more reps with an increased weight. The second is stability. We can perform slightly more complex movements, so we make the body less stable which then increases the difficulty. Both these factors are important and a combination of the two will lead to a well-developed and functional individual. Then there is a point that line of functionality is crossed.  That was what we talked about in the last article with the trainers making their client stand on a swiss ball and perform barbell squats. There is no situation ever, that such a skill would be considered practical, functional, safe or even sane.

So what is functional training? It is performing movements that mimic real life. It is compound movements that engage multiple muscle groups, as 2 or more joints are used at once. I remember the gyms in china, where there would be 10 oblique twist machines in a row, yet not one of them was ever used properly, especially by anyone that had a nice toned waistline. For years the man with the Guinness world record for crunches didn’t have a six pack. So how do we get a strong core, with a sexy six pack? Deadlift, squat and eat clean! No wonder there aren’t that many people in the US with abs. They’re feed a staple diet of junk food. And the most important core strength exercises are being banned. Good luck for the future of that population.

Is there a real need for isolation exercises? To a degree there is. But you could easily argue against them too. In fact let’s look at the chin up. How many people can actually lift their weight? Not many. You could when you were a kid, but you grew up and lost all strength and coordination. So much for growing up to become big and strong. Majority of kids are stronger than their parents on a strength to weight ratio. So I guess we’ll look at the lat pull down instead. Here is an exercise you can lift pretty heavy weights. Especially if you are one of the many gym goers who like to lean back and perform a cable row in denial that you are doing the exercise incorrectly. Imagine you are pulling down 100kg. What are the target muscles of the movement? Lat dorsi is the prime mover, however only one muscle is responsible for elbow flexion in this movement. Biceps. It could be said that there is at least 50kg (half the total load) to 100kg of load on the biceps during this move. So if you are pulling down that much weight, then would you say that there is more or less muscle fibres engaged in a 10kg dumbbell curl? If I drove my car at 100km down the road, do you think I could do it again but at 50km instead? This is what you’re asking your muscles to do. Perform a movement with less load in belief that it will grow your arms even bigger. It won’t. Just like a tricep push down will never get you the same massive arms as heavy weighted or even body weight dips. Look at the arms of gymnast vs. the average guy who does push downs and kickbacks. No real completion there.

Think about the world strong man competitors. Do they do endless dumbbell curls? Do they bother with wrist curls or sit ups? There maybe some that do, but the majority of them don’t. Why, as its not functional for their sport. Now you say that you don’t want to be a strong man. You just want to be aesthetic. That’s ok. You can be both. But if you are someone that wakes up on Monday and before all else you say “today is chest day”, then you are someone that loves the gym. A lot of people wake up and say “better go to the gym today as I drank too much on Saturday night” Those people are the ones that want practical, efficient and limited amount of time spent on training. Though this magazine is catered to bodybuilders and fitness people, we must understand that the majority of gym users are recreational trainers who just want to look after themselves and feel better. So for them functional training, pushing movements, pulling movements and leg movements are enough.  Before you get too carried away with trying to re-invent the wheel/bench press, think about the target muscle, its origins and insertions and its actions. If your new exercise does not work the muscle through its optimal range of motion, there is no point doing it. It doesn’t matter how big your cousin is and how massive this exercise has made him.  Bro science is everywhere, and can be very attractive to the new gym goer. But muscles don’t have a brain, they don’t count reps, they don’t have an emotional attachment to a particular weight. They don’t feel the need to lift heavier than their mates. They contract and lengthen. They lift and lower. If you are always thinking about the weight, you’ll never get the body you want. If you are using every muscle but the target one, don’t expect to get bigger. Choose the right exercise, the right weight and the right tempo, and you will get the strength and size you want. In the next issue we’ll look at the science behind training and understand why we feel the burn, why we use certain rep ranges and how muscle actually grows. Can’t argue with science. Form follows function. It’s true today and will be tomorrow! 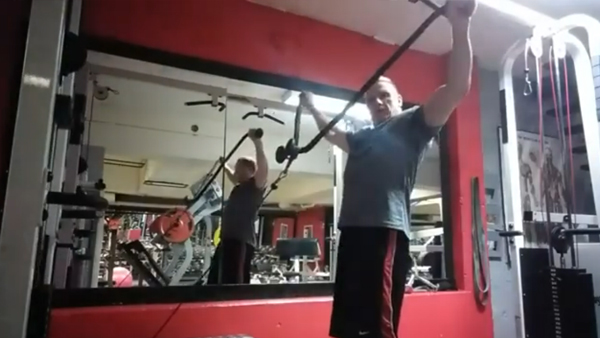 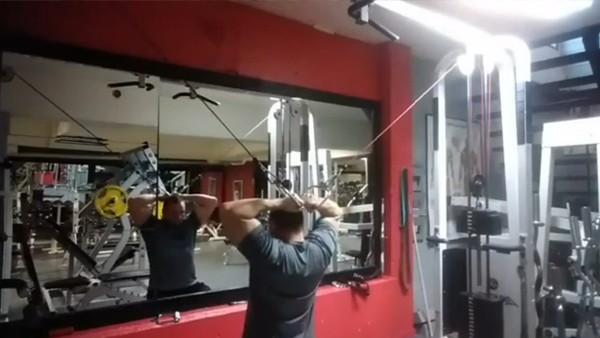 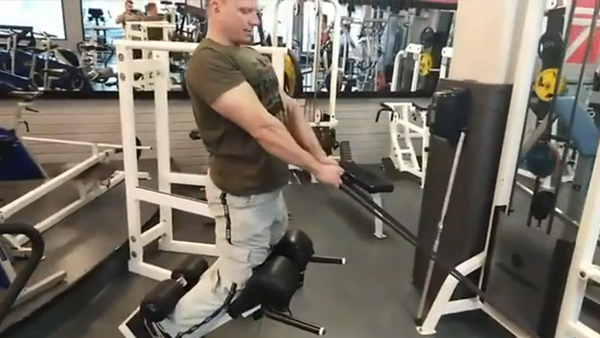 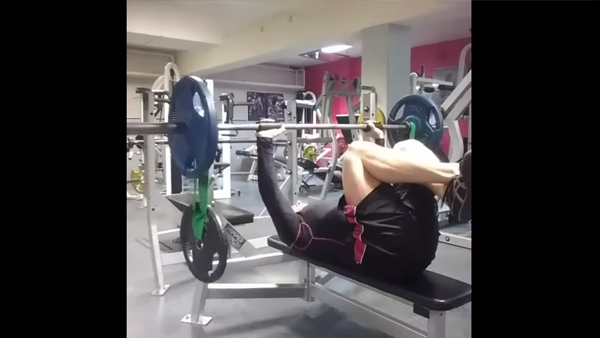